Recently I started a correspondence with an almost-3 year old. So far we've had two volleys by mail. It all started because while we were visiting this charming child, went to a big girl's birthday and came home with two favors--a decorated megaphone and a little red mailbox. I thought it would be fun to slip a note into the box. 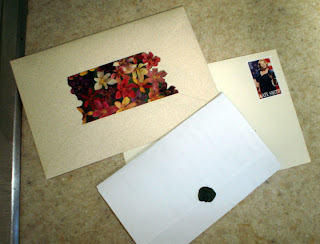 As I wrote to her father, I'm not just paying attention to one little girl,(though that's no burden), I'm furthering my serious agenda to bring back letter writing, to write myself, and to capture my history note by note.

*Sadly, the wax sealed letter in the pic above was set on fire when I tried to reseal it. I was able to save the stamps, though. The second draft is on its way!
Posted by Carrie at 12:11 AM 4 comments:

The Manual of Detection by Jedediah Berry

Fleshy characters are all I desire when I need distraction. I want heavy adjectives that knock wetly against my head as I wade through a book. I want a book that sprawls in interesting ways and, even if it’s a fantasy, feels “real.” 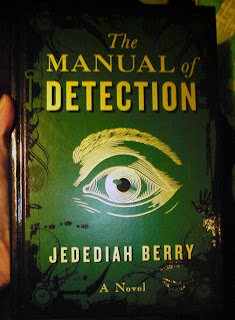 So, perhaps I’m just not in the headspace to enjoy Berry’s noirish mistaken identity mystery. Set in a no-name city, the story follows Charles Unwin, a clerk in a monolithic detective agency called simply the Agency who files cases for a star detective. When the detective goes missing and Unwin is suddenly promoted, he decides to investigate his former detective’s disappearance. Pretty standard stuff this is, and though it gets wrapped in layers of fantastic happenings including mass dreaming and giant archivists, the story can’t survive on plot alone.

All we really get of each character is a tic (Unwin won’t relinquish his hat, his secretary is a narcoleptic, a security guard important to the case can’t remember anything) with a few bits of back-story stuck to it. This does not inspire involvement with Unwin, the missing detective or any of the other major characters, so it is quite difficult to stay engaged with the quest or to feel any urgency to return Unwin to his former, dull occupation and life. It doesn’t help that Berry’s dialogue channels the output of an untalented 40s screenwriter, as in this exchange:
“Detective Sivart?” he said.
“Yeah, Charlie,” said the boy.
“I can’t remember the name of this game.”
“It’s an old game,” said the boy. “Older than chess. Older than curse words and shoeshine. Doesn’t matter what you call it, so long as you know how to play. Everyone’s in on it, except one guy, and that guy’s ‘it.’ Okay?”
“Detective Sivart?”
“Yeah, Charlie.”
“I’m ‘it,’ aren’t I?”
“And quick too,” the boy said.

Much of the sense of fun that Berry tries to inject into the book with wacky scenarios is smashed flat by the overwhelming gray of the story. It rains everyday, places and people are described with affectless names, the intimation of oppressive by hints of labyrinth rules of the Agency—I get it, I get it—world building happening here! But without a little red blood, I don’t care.
Posted by Carrie at 10:23 PM No comments:

1) I got my first email from Unnameable Books today. It was full of information on their upcoming readings and events. Because I had a crappy morning, I pretended that its sweet, excited tone was just for me. Now I feel better.

(Sometimes these tricks are the carrot that keeps the pony moving.)

2) Adam Tobin, owner of Unnameable, is interviewed at Prospect Heights Patch in a new series they are doing about working in PH, inspired by Studs Terkel's classic book Working. "I really love going through piles of books and picking out the ones that I want. I really enjoy trafficking in them, moving them from the hands of one person into the hands of another person. And just coming across surprising things all the time." 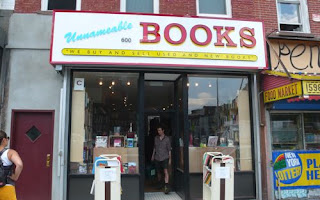 photo from brownstoner
Posted by Carrie at 12:43 PM 3 comments:

This could be good 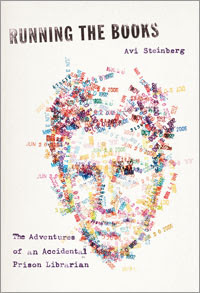 Avi Steinberg will be at Pratt Manhattan to discuss prison librarianship and his new book, RUNNING THE BOOKS: The Adventures of an Accidental Prison Librarian.

Interested folks MUST RSVP to prattsilssa@gmail.com by noon on Tuesday 11/16 to reserve a spot and get on security's list. They are very into not letting people into the building, so definitely RSVP w/ your full name.

From Publisher's Weekly:
“In this captivating memoir, Steinberg, a Harvard grad and struggling obituary writer, spends two years as a librarian and writing instructor at a Boston prison that’s an irrepressibly literary place... Steinberg writes a stylish prose that blends deadpan wit with an acute moral seriousness. The result is a fine portrait of prison life and the thwarted humanity that courses through it.”

I'll be in class that evening, but you should go and send me a report.
Posted by Carrie at 12:39 PM 3 comments:

file under: go, the library 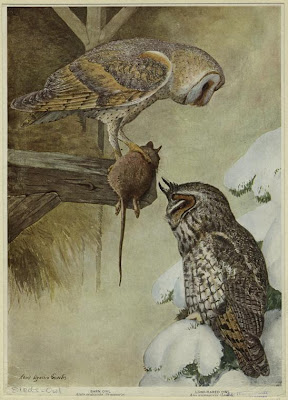 While I've been plugging away at school and other projects, I've had to maintain a stricter internet schedule than I'd like. However, there have been a few sites that have recently helped me keep sane. I thought I'd share them with you:

Final Girl & The House of Self-Indulgence write about movies that I like in hilarious fashions, keeping me thinking while I can't watch movies.

Pure and hearty like beet soup, The Rumpus prods several of my emotion areas with good writing and the joy of experimentation. And, of course, Sugar is the sweet on top.

I turn to StarShipSofa for beautiful, occasionally confusing accents and extreme dedication. Plus SF of course.

Wendy MacNaughton's site is good for the eyeballs and re-humanizing.

Image from the NYPL Digital Gallery
Posted by Carrie at 12:36 PM No comments: