speaking out of your mouth

I've always enjoyed the stories I've heard by Will McIntosh. They tend to be filled with great ideas about dim futures as well as characters that feel fully human. I just started my first novel by him, Hitchers. A few pages in and there was the dead sister.

Last night I was sitting with my husband at a mediocre, but expensive, dinner. Nothing is tasting that good and we are a little out of conversation. The group of young women next to us were good eavesdropping fodder. They were talking about MOVE and a recent documentary about the Africas. I turn them and quote Adam & His Package: "We only bombed our own city once, one time."

I am enjoying Hitchers, despite the fact that everybody starts dying. Books rarely get the paralysis survivors feel after any kind of sudden death, and this book is not exactly an exception. The narrator has other things on his mind, for sure, and it is hard to sustain a first-person account of sobbing, staring, and sleeping for too long. This is a fun book, despite it all.

I think about grieving without anthrax attacks and possible demon possession and read: "It wasn't fair. I'd already suffered my losses."

"I sat next to him in history class. He was a riot."

How could a woman so old have known my brother? She looked like a grown up.

Sure, it was "nice" to meet someone who could put together a few recognizable sketches of my brother over dinner. Sure, it was.

She should have been the first person I talked to when we decided to have a baby, the one I came to with all my questions and doubts, certainly the first one I told if and when my partner was actually pregnant (sorry, Mom).  Now everything I want to say to her wilts and dies on my tongue, and I sit there on the couch with her number half-dialed in my phone.

Lindsay King-Miller says it over at Mutha Magazine.


I was a dabbler. A Sunday-hater.

"Flying on My Hatred of My Neighbor’s Dog" by Shaenon K. Garrity over at the Drabblecast takes us to the stars on wings of pure vitriol. A nice respite from the realities of constant anger, I suggest listening to the narrated version while you do some stretches. 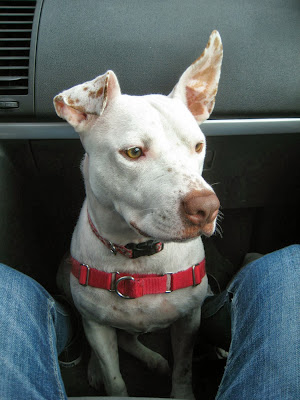 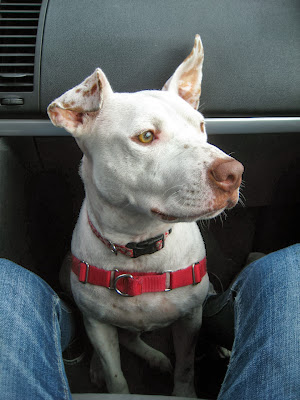 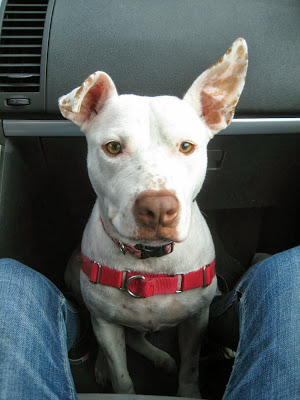 Dottie is still looking for her forever home. Help her out by spreading the word. She is looking for a home with no cats and no kids. Sound like you? Here is her listing at the rescue: Dottie!
Posted by Carrie at 11:36 AM No comments: