Have I told you how much I love the open letter? The open love letter especially. I've been working on one for several months now, to an author and artist whose work changed my life for the better. It's not a romantic thing, more like a fan letter filled with blood. Actually, if you've ever heard me talk about this woman before, you probably know the short version of my experience. The hardest parts of the letter, fleshing it out beyond the handful of short, sharp sentences that proclaim my gratitude, are taking more time than I thought they would. But what doesn't? 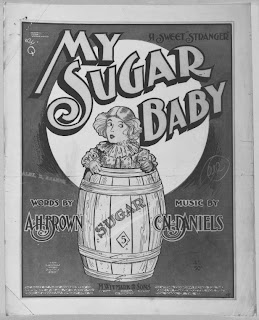 I've linked to a ton of Sugar columns here. I've often thought of writing Sugar a letter myself, not for help, but to tell her how important her writing has been to me. It was Sugar columns that inspired me to start writing again for myself and to embrace failure as part of growing as a writer. Her words got me excited to do the hard and boring work and the decision to do so has made this year different from any other. Even though I am 98% sure that I know the real name of the person behind the pseudonym, the fact that Sugar will soon be revealed makes me really sad. Once her real name is given, she belongs to everything she's ever written, everything she has ever lived. As Sugar, she belongs to all of us and I selfishly want to keep her for myself.

Published on The Rumpus today is an open letter to Sugar from one of her readers that lays bare the influence that one compassionate writer can have. [Whoa, wait! It is not an open letter at all. Simply an essay from one regular Sugar reader to all of us. My mischaracterization is likely a case of simple projection. Sorry!]

Friend of Try Harder, Amy Shearn, has a great essay about what her grandmother's letters to Martha Gelhorn meant to her as a writer: A Thousand Words: My Grandmother and Me. A few years ago, I got to see Amy read another piece about these letters. Both touched on the messiness and uncertainty of being a writer, how correspondence with an author you love can change you, loneliness and work and being a creator. Amy lived with those letters for a long while and I'm so glad that she shared her thoughts about them with me (and you).

Have you ever written to an author who inspired you? What happened?

*Photo from The NYPL Digital Gallery
Posted by Carrie at 2:17 PM 2 comments:

file under: mail, process, tell me something good

I walked those two floors twice before I found anything that grabbed me. I had a blast with comic friendos from near and far. I saw three of the cutest comics' babies. The gorgeous, the bearded and the stinky were in full effect. I was accused of hating comics, but it turns out I was just hungry.

One of the things I like about the BCGF is the wealth of handmade works. Generally, that is what I am looking for in comics; I can read them and then enjoy them as art objects forever. As usual, this show kicked MoCCAs ass in minis--not an iPad in sight--and how could anyone not love that? I only bought a few, but that was down to cash flow and attention problems, not because of a lack of selection. Those looking for prints of all sizes would have done well here, especially if one was going for a son-of-Fort-Thunder look. I know, I know, broken record, but come on with that. It is 2011! The larger publishers did it up with signings, and it was good to see Canadian jimjammers Conundrum Press and Koyama Press with emptyish tables a few hours from close.

The one-day format must be pretty relentless for the exhibitors, but as an attendee, it keeps me focused and gives me a day to recover before Monday. The lack of a door fee is crucial to this show as well--it gives buyers more money to spend and encourages walk-ins, which is especially important for a small show. And, did I hear correctly? Is the show now juried, not just invite only? If so, this is a big step towards welcoming a larger part of the small press scene, not just friends of friends.

Now for some terrible photography. Not sure why I only took pictures of women as the men were out in full force, but if you check the crowd shot, you'll get a better idea of the crew:

This weekend was extra special because the Eyeworks Festival of Experimental Animation came over from Chicago and screening at Spectacle Theater. Used to the ability to see any and all ST screenings by arriving only slightly early, I was both heartened and extremely disappointed to find that the 7:30n showing had sold out. Ah well, hopefully they will make DVDs or something. I really hope that the  Eyeworks screening becomes part of the BCGF weekend in the years to come. I will buy my tickets in advance, I promise.
Posted by Carrie at 2:44 PM 2 comments:

I got my first fiction rejection yesterday. This was just as expected, and strangely inspiring. While I wish that I had gotten some comments in my rejection, I understand that one can't have everything. The other two stories that I have been working on have absorbed the energy of that hard sell and might even be first-draft-finished this week. 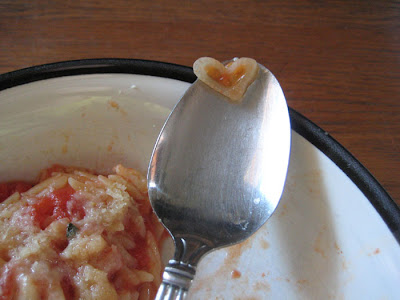 ###
Speaking of making stuff, have you started work on your contest entry? Here are the details. Images of a full inbox are dancing about my head...
Posted by Carrie at 1:25 PM 1 comment: