Readers know how I feel about Lynda Barry. An interview of the lady herself at The Rumpus by Anne Elizabeth Moore: "It doesn’t matter what their days were like before, their lives. Lynda Barry is in the room with them now so everything from this moment on will be amazing."

From Barry: "The one thing I can say about images and work with images, if I can put their function into one sentence: it’s the thing that gives you the feeling that life is worth living. Which is step one, I’m not saying it’s really worth living or it’s fantastic. I’m saying it’s also the thing that will keep you from killing yourself and others. So it’s a public service, I think [laughter], to engage in images."

This weekend I got an tour of East Coast former-Pennsylvania Railroad stations via an unexpected trip to Charm City. Philadelphia's 30th Street Station is my one and only love, but I also got to see Frank Furness's little brick Wilmington station (twice) and spend an anticlimactic hour and a half in Baltimore's beautiful Penn Station. 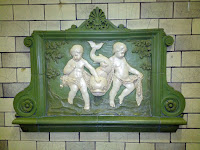 B and I relaxed into acceptance by the time the train back North arrived and on the way back we sat across from some drunken New Yorkers. We talked about Sodastream and running. Well, they talked about running. The lady half of the couple already googled me and found this blog, which proves she is much better at drinking than I.

Saveur magazine is making the world a better place by asking amazing comics folks to make one of favorite things: recipe comics. The most recent one is from Corrine Mucha and includes "choi butts." 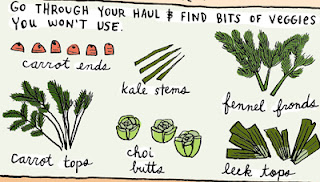 Other contributors include Dorothy Gambrell, Jillian Tamaki and Anthony Clark. And it is a great place to see work from criminally under-read Laura Park.
Posted by Carrie at 9:53 PM 3 comments:

Since reading the collection of short stories What I Didn't See, I've been going through Karen Joy Fowler's back catalog and snatching up anything that didn't have Jane Austen in the title. This book sounded great for a fun bit of a mystery reading, hopefully with Fowler's trademark emotional smarts. 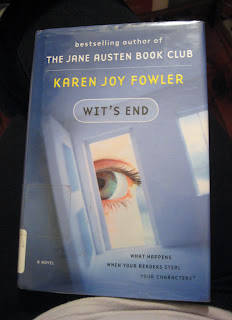 And, in some ways, that is exactly what I got. Wit's End includes many of the elements that appear in Fowler's other work, such as an immortality cult with one surviving member whose founder was mysteriously exempt from the group's celibacy vow (the sweet and funny "Always"), mystery writers and their foibles ("Private Grave 9") and the strange ways that people do a number on one another (too many to mention). The plot centers around the mystery surrounding the relationship of godmother, famous mystery writer Addison Early, and her father—how exactly it began and what soured it. There are descriptions of meals that made my mouth water, images of Santa Cruz that jarred my memories of the place and lots of creepy letters. These parts kept me engaged and excited like a good genre book should.

But what I am gracelessly dancing around here?

I'm not spoiling anything by telling you that the main character, Rima, is twenty-nine and an orphan. She is grieving for both her mother and father, as a unit and separately. Their deaths color her life and make her feel set apart from other twentysomethings, apart from everyone. The thing is that not only are her parents dead, but her little brother is dead, too. He died at the same age as my little brother, from essentially the same cause. This worried me for many reasons--was this not going to be the light read I craved and what if the author got it wrong?

Fowler gets it right, that spectrum of feelings and experiences when someone (or everyone) you love dies. She shows how a person can live with those things and not be permanently broken through the voices of both Rima and Addison. The parts about grief sang with truth while being both simple and in service to the story. It felt good to read even as I shook with angry recognition:

"Rima was perpetually offended by the suggestion that luck should be graded on a curve. Of all of the false comforts she'd been recently offered, the most poisonous one was the one that told you to be grateful that you were better off somehow."

"There'd been an undertone in Scorch's* blog, maybe even in a few comments Addison had made had made, or maybe Rima had imagined it. You weren't supposed to love your brother more than anyone else in the world..."

"In telling the story to Rima and Tilda, her point was a different one. Sometimes something happens to you, she said, and there's no way to be the person you were before. You won't ever be that person again; that person's gone. There's a little freedom in every loss, no matter how unwelcome and unhappy that freedom may be."

I was also really into the idea that runs through the book that we make our own families. This was the subtle message that pulsed under all the loss--inspiring without any saccharine promises.

*Oh how I hate this character's name. Every time I would see it on the page I'd scoff a little then dive back in. I get the whole Santa Cruz, self-invented and kinda stupid young person name but it just didn't sit right.
Posted by Carrie at 10:32 PM No comments:

one piece of the story 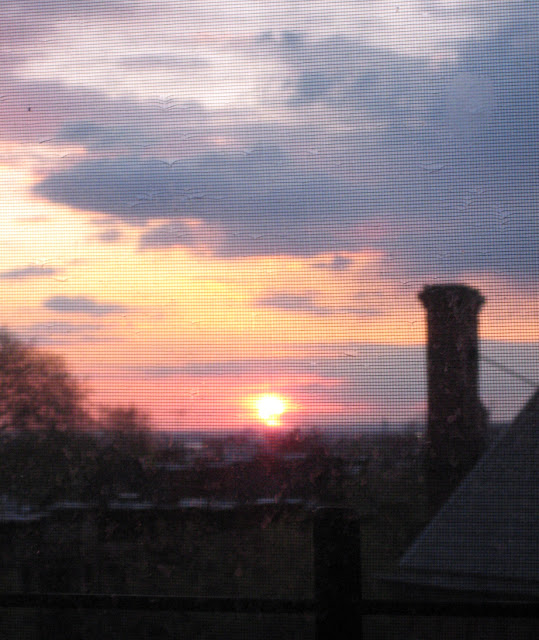 So of course I got a subscription to The Rumpus' Letters in the Mail. I've been enjoying it immensely, especially the missives from Padma Viswanathan and Matthew Specktor. Sari Botton's essay about participating in it talks about her letter writing friendship with a guy called David. It reminded me a little about the one I have with my friend R—what's encapsulated in our correspondence is how we became ourselves and how we become over and over. It's a maddening record but I love it.

As you may remember, I have a problem with poetry. I don't read it. When Adrienne Rich died many of the people that I respect were expressing their feelings of loss and I've got to say that every single excerpt of Rich's poetry bled with truth and made me want to read more. Here is a lovely illustration of some Rich lines by Lisa Congdon.

Several people have asked me over the years what comics got me into the genre. At 15 I was volunteering at a thrift store on South Street to fulfill the delightfully named "community service" requirement of public schooling in Philly. One day I was working in the basement in the book section and came across a comics anthology about abortion. I stopped working and read it through. I had never really experienced that kind of storytelling before--angry, smart, feminist and utterly human. Each story looked different and I could understand each one. For almost 16 years I've been unable to remember the title and all my googling was in vain until moments ago. The book: Choices: a pro-choice benefit comic anthology for the National Organization for Women. The extreme ugliness of the cover was instantly identifiable. Click the link to see all the heavy hitters that contributed work.
Posted by Carrie at 11:01 PM 2 comments: