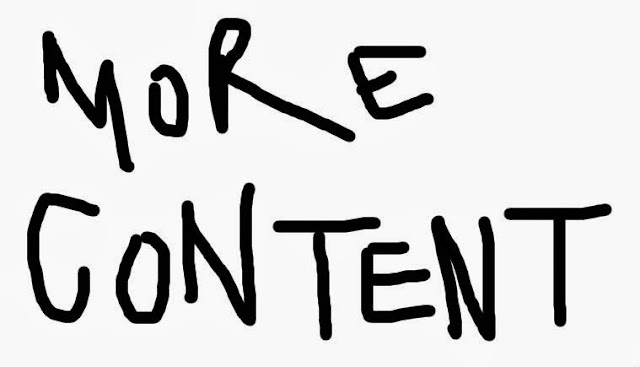 Posted by Carrie at 2:21 PM No comments: 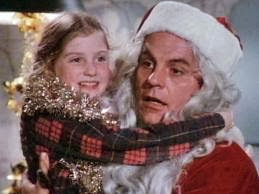 A picture of me from this Christmas.

Some people in comics [in the world] live under rocks and should stay there. However, it is important that their ways are brought to the harsh light. That way no one can say they didn't know, that that is the reason that they don't believe us.

Read MariNaomi's account of being harassed at a comics' convention by another panelist. Then read Rachel Edidin's examination of the pathetic apology by the perpetrator.

Then never wonder why we are full of rage, but never surprise. 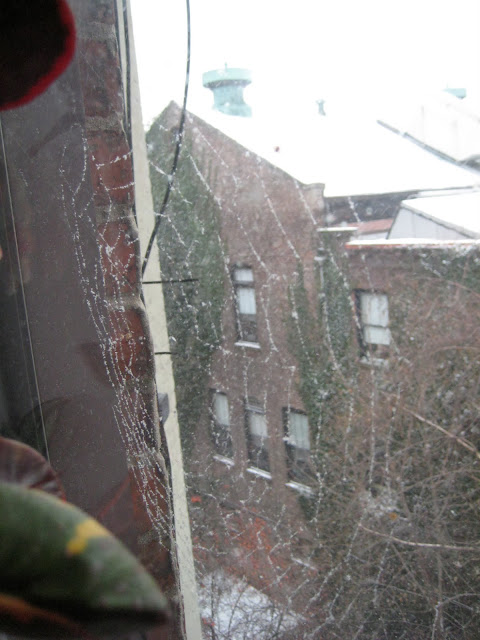 This love letter to postcards by Jamey Hatley is the perfect thing to read on a lonely day. She goes down so many trails in this short piece, that it left me wandering in the forest long after I finished it. The power of affordable art, the need for images of our idols, the desire for a connection: All these are combined in the simple postcard. I think about mail more than your average human, and wonder why I persist in the sometimes arduous task of making space for my friends in my mind, trying to tell a little story just for them, without the instant gratification of a response.

Tom Hart's site about his daughter Rosalie blows me away with its open-heartedness. He posts snapshots of his work on both his book about his late daughter and his own journey through grief. It is basically an incredible interpretation of the "process blog," and one that is more helpful to me than I expected.

As a kid I was possessed of the idea that life, the life I was living, couldn't possibly be the right one. My brother and I joked that we were aliens in disguise, just waiting for the mothership. To be transported, I read. When I was a teenager, I got in to all those books that old dudes read for the thrills but can still be called literature, including Philip K. Dick, in order to shift into another life where I could have fun and be taken seriously. Dick's kind of weird was always a little too man-centered for me, but I understood the humor, paranoia and hope. A Scanner Darkly and Ubik are my favorites. "Bummed Out and Ugly" by Alice Sola Kim is a skillful essay about finding one's own teleporter:
"I read about anywhere but here. I read about space shit. No one wants to be that predictable and psychologically obvious, but sometimes things are exactly the way you expect them to be."
Posted by Carrie at 8:31 PM No comments:

I loved this Inkstuds interview with Greg Means. Means talks about being a librarian and editor, and about how, in both of those roles, a motivating force is the the unbearable idea that there is amazing work in the world that no one is seeing. Trying to remedy the unfairness of life and art with enthusiasm and a big mouth is so familiar!  I loved to learn that this motivation was behind Papercutter--one of my favorite comics projects of all time. 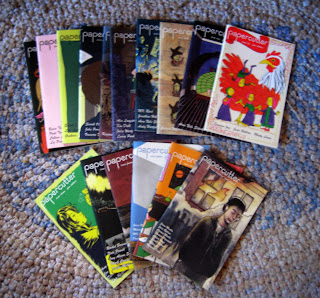 Greg wrote me a note a few years ago that simply said that he liked my writing and I should keep doing it. It was short but incredibly encouraging when I was questioning why I was writing at all. Few people would spend the time to do such a thing and I still keep it on my desk along with a drawing by a kiddie friend and a picture of Polly Styrene.

Posted by Carrie at 9:54 PM No comments:

Soul-selling, in various permutations, has been saturating my reading and listening. Not as a result of any plan of mine, of course, but it's been all bargains and hunger and figuring out what is worth it. While the traditional idea of the soul is not compelling, the concept that an individual has something precious that can be lost or taken is complicated and true and nestled right next to my heart right now.

In the suburban wilds of Duplex, a minor character disappears as a child and comes back changed. There is another character that seems to be missing a soul, certainly missing something, and he is the most dangerous of all. I feel pulled along through Duplex--I am enjoying the ride and looking forward to finding out what comes of all the negotiations. This book is on sale right now from the publisher and you should buy it.

In the story “Daedalum, the Devil’s Wheel” written by E. Lily Yu, and read by Kate Baker at Clarkesworld Magazine, a demon torments a cartoonist during a fever dream. It is not just just the promise of money and success, there is something more intimate happening between the demon and the sleeping man. In exchange for his dreams and his body, he is also being released from something, but what? This is one of those stories where the reading makes it, so let Kate Baker take you away.


"Ha! That was also a joke! Why flinch? You used to appreciate the soft, surreal psychosis of cartoons. Mallets and violence! Bacchanals, decapitations, shotguns, dynamite! That’s my sense of humor.

I don’t give, darling. I take. Sometimes I negotiate. It’s always unfair."


^^^
I've talked before about comics subscriptions and how they help lazy people like me get new comics and discover new artists. The joy of packages in the mail is a part of it too. I tend to only subscribe to projects that pay their authors and artists, but will make exceptions, like Rumpus Letters in the Mail.

Today I subscribed to Ryan Sands' Youth in Decline because of Sam Alden's work and the roster of new translated comics. The chance to read translated comics is a huge part of why I subscribe to the Latvian anthology kuš! and stories from around the globe are also featured in The Cartoon Picyaune, to which I also subscribe.

Subscribing to your favorite art, be it comics or podcasts or whatever, gives the publishers a way to plan future projects and figure out how to pay contributors. Important stuff.
Posted by Carrie at 2:56 PM 2 comments: